Watertree Press pleased to announce our first release entitled Beyond the Firmament: Understanding Science and the Theology of Creation by Gordon J. Glover.  This is a well-researched and thought-provoking book which fulfills Watertree's motto: Read. Think. Grow. 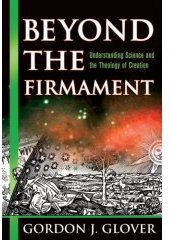 As debates within the Church over the scientific details of creation become more frequent, the experts seem to grow more entrenched while the rest of us only become more confused. Somewhere between the endless arguments over distant starlight and Carbon-14 dating, calculating the mathematical improbabilities of things that already exist, and parsing ancient Hebrew and Greek, somebody needs to ask the simple question, If 3,500 years of scientific progress can't help modern Christians figure out Genesis, then how could the ancient Israelites possibly have understood it so well? What secret did this newly liberated gaggle of Hebrew nomads take with them out of Egypt that holds the key to understanding God's telling of His own creation story? Beyond the Firmament challenges all creationist camps whether Young-Earth, Old-Earth, or Theistic Evolutionist to step outside of traditional paradigms and recognize how our modern, Western, post-Enlightenment scientific worldview actually blinds us from seeing the simple truth of Creation as it was originally intended; and how our failure to grasp the theological significance of the biblical creation model puts science and faith on a collision course.

Praise for Beyond the Firmament

"Gordon J. Glover’s new book will be important for several groups of people: thoughtful Christians troubled by culture wars and seeking a way beyond them, people engaged in the science-religion debate that seems to have heated up (on both sides) in recent years, and those interested in how world-views (ancient, medieval, modern, or whatever) resource and limit the ways we read sacred texts – and apply them today. I found it energetic, well-researched, and constructive."

“Gordon J. Glover takes seriously the claims not only of Biblical revelation but also of natural revelation (creation), and he deftly navigates the frontier between the scientific investigation of the universe’s origins and the theological investigation of Holy Scripture. As an advocate of Biblical infallibility, he asks us to stay tune to ancient Near Eastern world-views and to exercise hermeneutical sensitivity in inquiring what the book of Genesis is actually attempting to say. While not endorsing all of Glover’s conclusions, I commend this work as a thoughtful treatment of the issues surrounding origins as seen from an intentionally and distinctly Christian perspective.”

“I have carefully read Beyond the Firmamentand I am once again rethinking my previously held positions. I have been a card-carrying ‘young earth’ adherent for most of my 73 years. Can old dogs learn new tricks? I certainly hope so. Gordon, in his book, has clearly and with great good will, challenged all in my camp to rethink our handling of Scripture, our hermeneutics, and perhaps even a strong bias against modern science. I am in the process of doing just that and I sincerely thank Gordon for his book. Thank you Gordon, for calling us all to greater humility and faith.”

“Many times I have heard conservative Christians complain that the Big Bang removes God from the picture, so it must be an atheistic theory… But science can only examine the physical universe in terms of material cause and effect, and is not equipped to address transcendent meaning or purpose, and as described in this book, the interpretation of the physical aspects of nature cannot be held hostage to particular philosophies of either Christians or atheists. I would strongly recommend this book as a valuable addition to a church library and bookstore, and it should pique some Christians, agnostics, and atheists into thinking about what they believe, or what they do not believe.”

“In clear, everyday language, Gordon Glover shows that thoughtful Christians need not choose between God’s world and God’s word. Glover’s approach will be appreciated by anyone who wishes to better understand, and more fully rejoice in, the fact that the maker of heaven and earth graciously allows us to understand something of Himself as we study both his Creation and the Bible. Glover shows how science and scripture are complementary – not competing, nor co-extensive – means of approaching truth, and instills a new appreciation for the ways in which God accommodates his revelation to our limited, broken, and frail human circumstances.”

A native of Texas, Gordon J. Glover currently lives and works in the Baltimore-Washington area with his wife Kathryn, and their three children: Dabney, Truitt and Bryn. Gordon has always had an insatiable interest in the natural sciences; specifically how they relate to Christian theology and the Bible. Sacrificing the romantic idea of a scientific career on the alters of pragmatism, he studied Mechanical Engineering at the University of Texas and Ocean Engineering at Texas A&M University. He then served 10 years in the U.S. Navy as a Deep Sea Diver and Ocean Engineer before settling down in the suburbs of southern Maryland. In his ongoing quest to integrate science with Christian orthodoxy, Gordon has probably held just about every conceivable position on Creation. He now spends most of his free time studying, discussing, speaking and writing about the challenging philosophical issues that arise from the scientific investigation of natural history - and doing backyard astronomy with his kids.  Learn more at his Beyond the Firmament website.

Order Beyond the Firmament:

If you're a church, school, bookstore, or other organization interested in purchasing Beyond the Firmament in quantity, please contact us.